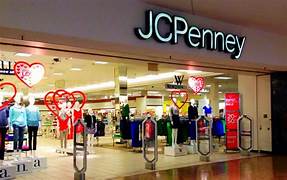 J. C. Penny, also known as JCP, is an American department chain with over 689 locations throughout the 49 states and Puerto Rico. The company stands for James Cash Penny. JCP was the original owner and opened the first location of J.C Penny’s in 1902. J.C Penny will turn 119 years old this year. J.C Penny is a Limited Liability Corporation. It offers a wide variability of items. Some of their items include a huge variety of clothes, home furnishing, jewelry, cosmetics, and cookware. Their main competitors include Kohls’s, Target, Ross, Burlington Stores, and Walmart. The company’s main mission is to help customers find what he/she wants in less time, money, and energy. J.CPenny wants to bring the simplification of shopping. Giving the customer fewer options lets the people stress less with all the options. J. C. Penny is also a multi-plant firm and an oligopoly. Due to the pandemic, the company was forced to file bankruptcy.

J. C. Penny was previously stocked with affordable prices for families who mined and farmed. The company only accepted cash rather than credit. The store was successful because the people liked the services and goods they offered. Some goods, J. C. Penny offered includes marketing apparel, home furnishings, jewelry, cosmetics, and cookware. Later on, the company started expanding and accepting credit. People loved the retailer made just for the middle-class Americans, which entails 52% of the country.
J. C. Penny was an incredibly successful company before its downfall. J. C. Penny’s management was extremely well. Itsgood management is the reason the company lasted this long. The company has several fundamental categories that have been re-emphasized by the firm. J. C. Penny had many categories that include junior wear, women’s wear, men’s wear, children’s wear, accessories, and jewelry. Due to the company being made for the middle class, the company has gained many loyal followers, causing it to have a stable loyal customer base. They have the same constant brands, which customers like and this provides a strong basis for the

company. Lastly, the accessories/ jewelry and Sephora was an eye-catching attraction that bought many people to enter the store.

While J. C. Penny was an incredibly successful company, it still had a huge downfall. Due to the company starting to descend, they had to slowly close down hundreds of stores – from the original 689 stores to just 175 stores. Because of this,, there was a huge staff cut around the whole company. Due to losing both many stores and employees, many partners associated with buying supply chain and administration were also terminated. This caused the brand to lose a lot of variety and new stocks of items. One of the largest external factors that affected the company was the competitors. In Forbes, they describe the competitors to be brutal. I believe this was one of the largest reasons why the company did not do well. It was drowned in all the water with all the competition. In order to do well, J. C. Penny must re-engage customers who are purchasing elsewhere. The pandemic hit millions of stores and negatively impacted them. J. C. Penny was not only forced to close hundreds of locations but also lost all their money. Once they realized they had no other choice but to declare bankruptcy.

I believe that J. C. Penny has a chance to bounce back. As the pandemic got worse and worse, the company could have put more effort in advertising the company’s website. I think the company should work on making a larger social media presence on social platforms like Instagram, Facebook, and Tik Tok. The company should advertise itself as a trendy brand that teenagers and adults want to buy from. The name, J. C. Penny, reminds everyone of a dull company that the elderly buy from. It gives a negative connotation that it’s untrendy. We should renew the brand so it represents a brand of quality and trendiness. The company can use more offshoring opportunities to sell the clothes at a cheaper price. This can attract people who thrift and like very affordable clothes. Another idea that I think would work well with the company is starting affordable bridal/ dress mini-shops in locations just like Sephora. This means an individual can walk into the location and get their dress, makeup and accessories in one place. With a new start, J. C. Penny has a chance to once again rise.

The Simon Property Group has recently acquired J. C. Penny after it declared bankruptcy. Mark Cohen, the former CEO of Sears, and Brian Kingston, CEO of real estate at Brookfield, partnered together to pick up J.C Penny ashes and make a new and more innovative version of it. Cohen talks about the downfall of Sears and Macy’s holding on by the fingertips. He says, with the only big real competitor being Kohl’s, they can survive in this oligarchy. The company, J. C. Penny, has survived many issues over its century of being a fortunate company. The firm can be successful and rise to the top once more if they have a good strategy and a strong social media presence.

The Eleight is the independent, student-run publication of Leigh High School. Content does not reflect the opinions of the entire student body or editorial team. Rather, it reflects the outlook of individual students and authors. We strive to provide an inclusive platform for all members of the school community regardless of race, religion, cultural identity, ethnicity, sexual orientation, gender identity, socioeconomic status, political affiliation, etc. We operate under California Education Code 48907 and are subject to its limitations. Any questions, comments, or concerns can be sent to the editorial team at editorial.eleight@gmail.com.